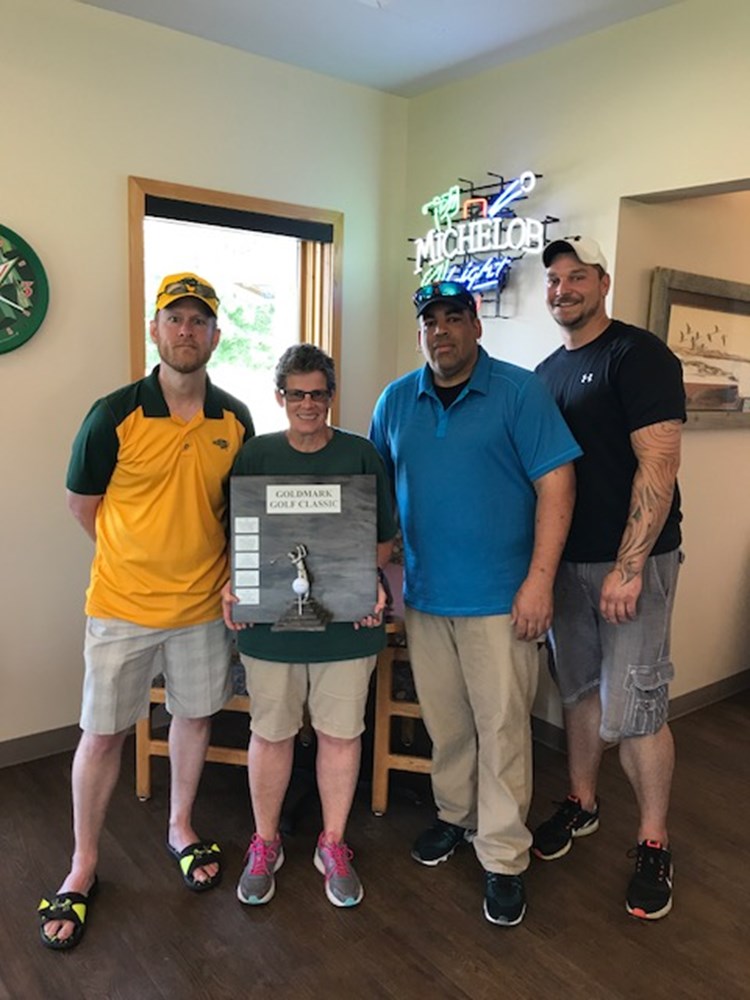 Team members arrived at the Village Green Golf Course in Moorhead bright and early Saturday morning to grab coffee, juice, and donuts while prepping their mental and physical golf game.

5 teams of 24 team members teed off at 7:30am to start their best ball scramble, where each team member teed off. Then each person hit their next shot within 1 club length of what the team decided was the best ball.

After 9 exciting holes of golf and intermittent contests including closest to the pin, longest drive, and longest putt, the tournament ended in a tie, requiring a “putt off” to determine 1st place.

When the nail biting putt off ended, everyone gathered together at the clubhouse for prizes and awards.

Everyone is now practicing and gearing up for another competitive contest next year!